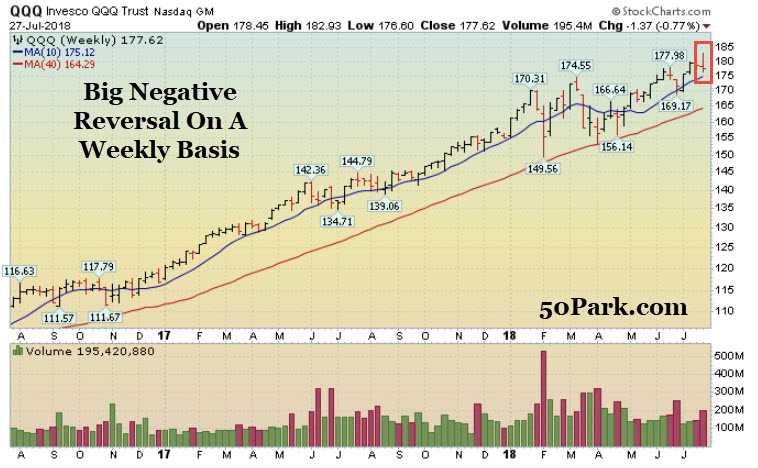 Stocks ended a busy week mixed as investors digested a slew of economic and earnings data. The big sell-off of the week came from Facebook, Intel and Twitter but Facebook was the biggest. Facebook gapped down after reporting earnings. That followed Netflix’s big gap down a week earlier. On a bullish note, both Alphabet (Google) and Amazon both gapped up after reporting earnings. There were several other big cap stocks that reported earnings this week and so far, the reaction is lackluster at best. We have seen strong numbers, but we have not seen a strong reaction to the numbers. Our long-standing clients know we care more about the reaction than the actual data because the reaction tells us what investors are doing, not what they are saying or thinking. We care about action. Visit us at http://croatianpokerseries.com/

Stocks edged higher on Monday as investors waited for a slew of earnings to be announced this week. Alphabet (a.k.a Google), reported earnings after the close and the stock was higher after reporting strong numbers. As of this writing, nearly 20% of S&P 500 companies have reported earnings for Q2, with 82% of those companies topping estimates. FactSet data shows us that Wall Street expects Q2 earnings growth of 20%. Stocks opened higher but sold off on Tuesday after the latest round of earnings were released: GOOGL, VZ, and MMM just to name a few. In other news, the government said it will give farmers money to help offset the tariffs. On Wednesday, stocks rallied as investors waited for Facebook and a slew of other stocks to report earnings after the bell. The big news after the bell came from Facebook when shares plunged over 20% after the company warned that sales may slow due to decelerating user growth.

Stocks ended mixed on Thursday as tech stocks lagged while the Dow rallied. Facebook gapped down and lost over $100B in market cap in a single day. That was the largest decline in history for market cap in a single day. The big sell-off dragged several other tech and social media stocks lower. After the close, Amazon gapped up after reporting earnings. Stocks fell on Friday, dragged lower by the tech sector, after Intel and Twitter both fell hard after reporting earnings. Before Friday’s open, second-quarter GDP rose by +4.1% which was the best reading in nearly four years.