Special Offer:
Do You Know The Cheapest Stocks On Wall Street?
Our Members Do.
Take Your 1-Month Free Trial Now 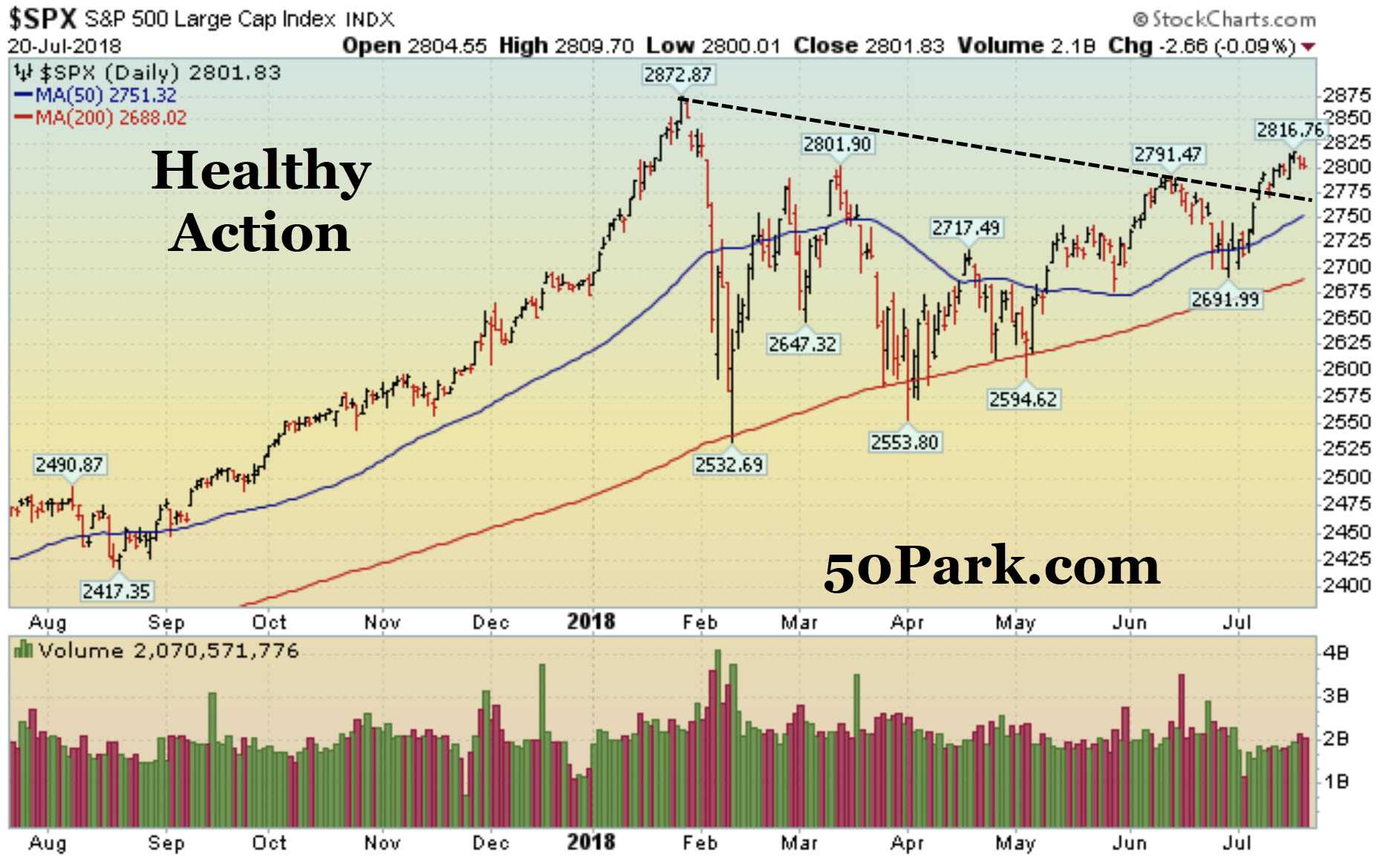 Stocks ended mixed to mostly higher last week as the Russell 2000, Dow Jones Industrial Average and the benchmark S&P 500 ended flat to slightly higher while the tech-heavy Nasdaq composite fell. Earnings continued to be released in droves as several high profile stocks announced earnings last week. Netflix kicked off the week, by gaping down after reporting earnings. That put pressure on other tech stocks and the broader Nasdaq composite. Microsoft ended the week on a positive note when it gapped up on earnings. Several other well-known companies reported mostly mixed to slightly stronger than expected earnings. The other big headline last week came on Friday when President Trump said he is open to announcing tariffs on just about all of China’s goods. Technically, the major indices are pulling back after a strong two week rally.

Stocks were relatively quiet on Monday as investors waited for a slew of earnings to be released. Before the open, Bank of America reported earnings and the company saw earnings grow 33%. After the close, Netflix gapped down after reporting earnings but rebounded on Tuesday and closed in the upper half of its daily range. Stocks ended higher on Tuesday as Amazon surged on the overwhelming success of Amazon Prime Day.  Stocks rallied on Wednesday after Morgan Stanley announced solid numbers. Separately, Transports rallied after CSX and United Continental posted stronger-than-expected profits and sales.

Stocks fell on Thursday as investors digested the latest round of earnings data. President Trump said he is “not thrilled” about the Fed raising interest rates which was the first time he publicly commented on the Federal Reserve since Jay Powell became Chairman. Separately, Comcast dropped its bid for Fox and will instead focus on Sky networks for its European assets. Stocks ended modestly lower on Friday after President Trump said he would consider placing tariffs on just about all goods made in China.

Newer Week-In-Review: Stocks End Busy Week Of Economic and Earnings Data Mostly Mixed
Back to list
Older Do You Know The Cheapest Stocks In The Market?
close