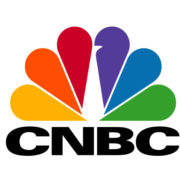 Nasdaq falls for second day as tech struggles to rebound

U.S. stocks alternated between gains and losses on Wednesday as tech struggled to bounce back from steep losses seen in the previous session.

Amazon fell as much as 7.4 percent after Axios reported that President Donald Trump was “obsessed” with the company. The report also said Trump wants to “go after” Amazon. Amazon’s stock traded 3 percent lower in afternoon trade.

Apple declined nearly 2 percent at its lows after Goldman Sachs analysts predicted lower iPhone sales in March and for the June quarter than the rest of the Street. They also cut their price target on the stock to $159 from $161.

“Tech is driving the news today,” said Adam Sarhan, CEO of 50 Park Investments. “What you’re seeing is a rotation out of tech and into some of the more fairly and under-valued areas of the market.”

Tech fell 3.5 percent on Tuesday, marking its biggest one-day decline since Feb. 8. The move lower in tech sent ripples through the entire stock market as the major averages fell more than 1 percent. The drop in the sector took place after Reuters reported Nvidia is temporarily suspending self-driving tests.

The selling was exacerbated by further pressure on Facebook shares. Reports emerged last week alleging that Cambridge Analytica, an analytics company, had gathered data from 50 million Facebook profiles without users’ permission. CNN reported Tuesday that Facebook CEO Mark Zuckerberg will testify in front of Congress on the Cambridge Analytica leak.

“Big Tech is no longer a sleek, elegant black box; it is a jumble of wires that requires the constant intervention of an increasing number of humans to keep it on the rails,” Nicholas Colas, co-founder of DataTrek Research, said in a note. “In short, the bloom is off the tech rose.”

Meantime, investors around the world have been keeping a close eye on global trade issues, debating what economic implications there could be if a trade war occurred between China and the U.S. This comes after Trump signed an executive memorandum that would inflict tariffs on Chinese imports — of up to $60 billion, prompting the Asian nation to retaliate.

Quarter-In-Review: Volatility Returns With A Vengeance
Scroll to top