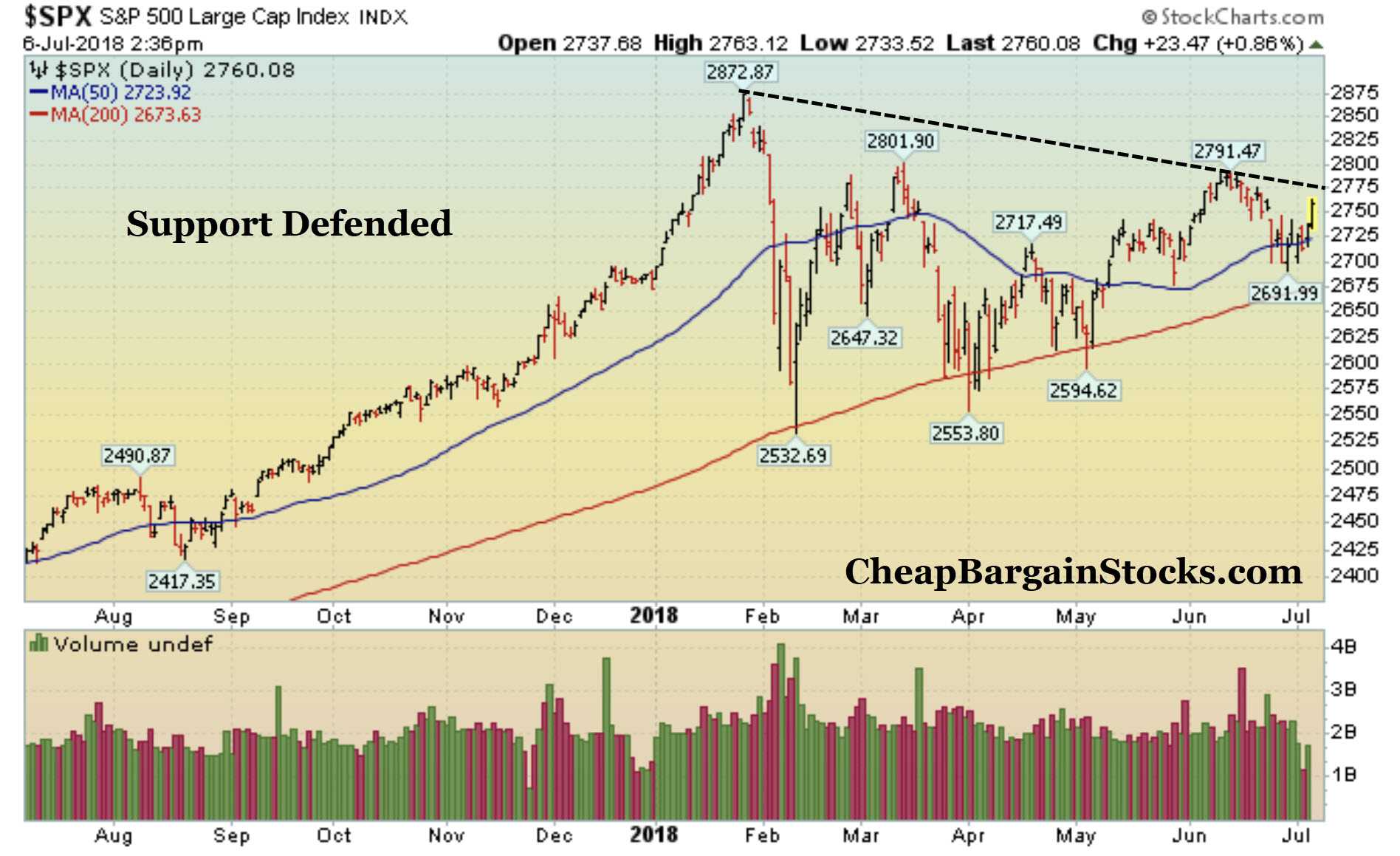 Stocks opened the third quarter with a bang as the bulls regained control of the market. For the past few weeks, the market has given us a few head fakes but has failed to move higher in a concerted fashion. During that time, the market has been flirting with important support (highlighted in prior reports). Now that support has been successfully tested and defended, odds favor, the market rallies from here.

Stocks opened lower but closed higher on Monday which was the first trading day for the third quarter. Over the weekend, Canada announced historic tariffs that matched (dollar for dollar) tariffs announced by Trump against Canada. This sparked concern that the trade war may escalate with other countries. Thankfully, the bulls showed up and defended critical support for the market. The S&P 500, Nasdaq, Nasdaq 100, and small-cap Russell 2000 all bounced after testing their respective 50 DMA lines. In the short term, that is a healthy sign. On Tuesday, stocks were relatively quiet as the market closed early for July 4th. Stocks were closed on Wednesday in observance of the July 4th holiday.

Stocks rallied nicely on Thursday after the bulls defended major support. In its last meeting, the U.S. Federal Reserve said it was worried the economy is getting too strong and that could lead to a “significant economic downturn.” To combat inflation and the strong economy, the Fed said it wants to raise two more times in 2018. Stocks rallied nicely on Friday and ended the first week of the third quarter with solid gains.

The bulls showed up over the past few weeks and defended important support for the major indices. On the downside, the big level of support to watch is the 200 DMA line and then February’s low. For now, as long as those levels hold, the longer-term uptrend remains intact. Conversely, if those levels break, look out below.  As always, keep your losses small and never argue with the tape. Looking For A Bargain? Introducing CheapBargainStocks.com- An Exclusive Membership Website Designed To Help You Find Cheap Bargain Stocks. Take Your 1-Month Free Trial Now